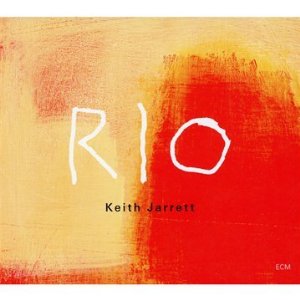 In 1975, Keith Jarrett recorded and ECM released a disc called The Koln Concert—fully improvised solo piano that came in three looooooong chunks of grooving, rollicking lyricism. In college dorms and in little apartments and, well, just about everywhere, jazz fans (and others too) were enraptured by the sound of a great pianist just thinking out loud. And it didn't hurt that the guy infused his playing with a gospel groove and aching melody.

After years of playing with Charles Lloyd and Miles Davis and his own groups, Keith Jarrett had the jazz equivalent of a "hit record," and it lifted his renown (and that of ECM). Tons of great stuff followed (including many more solo piano records), but so did a reputation of being a difficult guy. Jarrett played and recorded lots of classical music, and he experimented with free jazz, chamber jazz, a trio that played nothing but standards—a huge variety. He flirted with outright greatness and he courted some discontent among part of the jazz community.

But with his new record Rio (read my full PopMatters review HERE) Jarrett returns to solo piano greatness and, perhaps, makes us realize that he is as good a summary of what has been great about jazz for the last 30 years.

This is a fantastic recording: compelling, challenging, engaging, beautiful, knotty. Unlike many of this solo excursions, it features relatively brief piece that link together as a whole concert. This is a two-CD set, but it flies by. There are blues, ballads, free playing, rocking pop sounds, gospel, impressionism, you name it. The touch of Jarrett's classical playing is here, but there is almost no sense of "pretense." This is jazz eclecticism at its best because everything is seamless and natural. Even Keith's "moaning" along with his playing is effective (or, if you prefer, mostly in check).

Both more than dinner background music and utterly accessible, Rio (recorded at a concert venue in that Brazilian city) would be a great way to introduce someone to Jarrett—or to jazz in general. It is a model of invention, but it also sounds "composed." It challenges regular harmony while mostly staying within the consonant. It beguiles without alienating.

It's one of a small handful of recordings in 2011 that I'll still be listening to ten years from now.
Posted by Will Layman at 3:34 AM