Ode is a traditional jazz record in that it features concise themes and long improvisations, with brilliant rhythmic play running throughout the trio’s incredible dialogue. It’s a high-wire act in the grand piano trio tradition, a clear heir to the likes of Bud Powell and Bill Evans and McCoy Tyner and in league with some of the recent quicksilver work from the mature Chick Corea. It’s hardly old-fashioned, but it’s a mature, solid piece of work. And it’s fantastic. 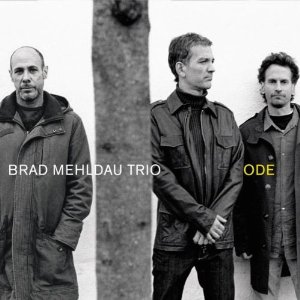 Mehldau will never seem like just another pianist, so it seems just fine that Ode has no particular gimmick. His playing is dashingly original by its very nature. Toward the end of the opening track, “M.B.”, for instance, Mehldau’s fiery solo becomes a duel between his left hand and right, each of which plays alternating single-note runs that develop naturally from the existing left-hand accompaniment. On “Twiggy”, one of his crystalline modern themes with a Latin feel, Mehldau plays it light and melodic, much like a pianistic Pat Metheny, but then spins the simple solo into something more ornate and intricate, the runs becoming faster and knottier over time. Imagination and technique jigsaw together when Mehldau plays.

Ode itself does not reach for epic dimension often, and that’s cool. It seems less like a manifesto or a film than like a very fine jazz album. Though the leading jazz pianists today are making lots of impressive statements about where the music is going, maybe creating a compelling album, old school, is still one of the music’s clearest callings. Ode fits the bill.
Posted by Will Layman at 3:31 AM