Mindy Smith is country singer for you folks (you know who you are) who just don’t like country music. I guess that makes her “alt-country”, whatever that means. She is from Nashville these days, but her roots are on Long Island, NY, and her sound is mostly devoid of that distinctive country twang. Maybe that makes her more of a folk singer—like a Lucy Kaplansky or Shawn Colvin.

But Smith’s approach on her fifth recording, Mindy Smith, is bathed in the textures and flavors of country music, even if Smith continues to develop an identity that is eclectic in influence and approach. But because she is a storyteller as a songwriter, and because the instrumentation here favors pedal steel and acoustic textures, Smith remains that elusive thing: a rootsy country artist who can harness a non-country audience. Or, as Duke Ellington liked to say, she is “beyond category”. And glorious.

Mindy Smith is the artist’s first disc in three years and her first not on Vanguard Records. 2009’s Stupid Love put Smith’s bell-clear singing voice in front of a band with more of a pop-rock sound—some keyboard sounds, some tastefully fuzzed guitar, a more slap-happy backbeat on the drums—and made the case that Smith is a perfectly viable not-country singer. Which she is…except where her confident and rich style seemed slightly stodgy on tracks that might have done well with more vocal flash. 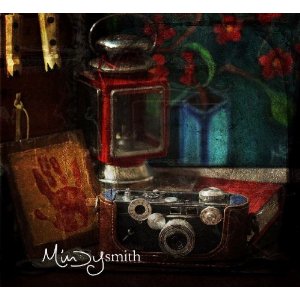 And so the new record is a heartfelt—and wise—return to her country sound. The band plays with bounce and ache rather than pop polish, and Smith responds by delivering a series of coolly soaring vocals on original songs that deserve the find performances. The powerful punch of her pop songs is still intact on many of these new tracks, but they don’t sound like they are striving for anything other than pure expression.

A tune like “Pretending the Stars” has everything a pop song could want—a propulsive groove, a story about cruising in a car looking for a sense of release, a sultry minor-mode guitar hook, and then a chorus that sounds like a good friend you want to see again and again. But the song is also bathed in the nuance of a great country song, particularly a lovely harmony part that no pop song would bother with in 2012. “Sober” works the same way—using the sound of a big-guitar rock song to underpin a classic country narrative: a story song of disaster that repeats the line, “I tried sober / But I can’t get you out of my head / It’s over / And I can’t get you out of my head”.

Read my entire POPMATTERS review here: Mindy Smith: Mindy Smith
Posted by Will Layman at 3:07 AM