Jazz today remains the music that stays alive through a remarkable alchemy. The best work in the genre is a shape-shifting wonder. On this list, traditions that go back to the jazz roots co-exist with modern pop tunes, and the avant-garde edges of the music blend in fluid ease with tonal beauty.

This list again combats the somewhat stereotypical notion that there is a jazz battle between stuffy museum curators and wild-eyed experimentalists. On the recent season of HBO’s Treme, the battle is made New Orleans-specific as a main character tries to learn more about playing bebop after a career playing mostly traditional jazz and R&B styles. Either way, it’s an artificial conflict among the top players. The center of jazz bridges tradition and innovation so fluently that these players clearly grew up in the mix, not in camps. 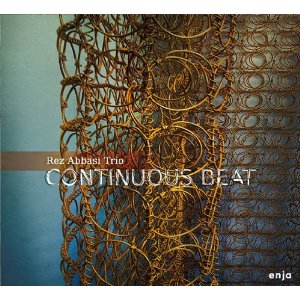 There are a couple of trends that might be teased out of this list. Only one record (Mehldau’s Ode on Nonesuch) is on a “major label”. Even Blue Note and Verve have taken turns toward safer material. There is also not much to choose from in thrilling vocal jazz right now. Mainstream singers such as Diana Krall and Esperanza Spaulding (the latter’s Radio Music Society was a very good jazz record that merely sounded like a pop record) did fine work in 2012, but jazz singing remains weirdly handcuffed by “The American Songbook”. Cassandra Wilson released a record that got beyond it, but hardly her best, and the more-than-affable John Pizzarelli covered Tom Waits and Elvis Costello. But these records weren’t quite in my top ten.

On the most positive side, piano trios continue to innovate in amazing different ways—three very different ones are on this list. And great jazz seems now to come from leaders who night play any instrument in the band; this list has leaders on piano, guitar, bass, drums, trumpet, tenor sax, and alto sax. With the US presidential election still ringing in our ears, it’s also worth noting the continuing multicultural trend, with leaders coming in a huge variety of colors and cultures—and with two women in the top ten, neither of whom sings or plays piano (a number that perhaps ought to be larger but, given jazz’s history, this is progress).

Jazz, long ago banished from the pop charts, thrives. Here are some of the year’s riches, presented this year with my very-favorites first. 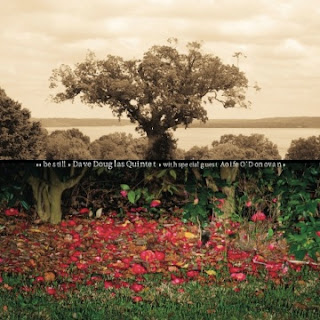 1. Vijay Iyer Trio: Accelerando (ACT)
Accelerando is simply the best jazz record in recent memory. On this recording, this veteran piano trio—Iyer on piano, Stephan Crump on bass, and Marcus Gilmore on drums—plays with an incredible degree of integration, sounding like it has fully worked out a series of ideas about how a band should deal with rhythm and dynamic interaction in today’s jazz.

2. Dave Douglas Quintet: Be Still (Greenleaf)
If I ranked Accelerando above this crystalline beauty by the great trumpeter, then it is by a hair or less. Be Still is incomparably lovely: a blend of jazz quintet colors, a folk singer’s plaintive clarity, and hymns and other devotional material that has an emotional transparency that is rare in jazz.

3. Tim Berne: Snakeoil (ECM)
Tim Berne has been making uncompromising jazz beyond boundaries for an entire career, mostly on his own label. Snakeoil finds him on the esteemed ECM label with a new band, a quartet featuring his alto sax, pianist Matt Mitchell (also on the Dave Douglas record—playing very differently but no less well), clarinet work from Oscar Noriega, and drummer Ches Smith.

5. Rez Abbasi Trio: Continuous Beat (Enja)
Rez Abbasi has been so active and so productive in recent years that it seems like you almost have to pencil him into the top ten list in March, just in case he releases anything new in the coming year. And he always does. This debut by his loose and fun trio smacks of a truly fresh appeal—having not a little in common with the very first trio record of jazz star Pat Metheny.

6. The Bad Plus: Made Possible (Entertainment One)
The Bad Plus have been the poster boys for a certain kind of new jazz for about a decade. They covered “Smells Like a Teen Spirit” on their first major release, and they did it with a muscular seriousness that suggests both an interest in finding an audience and no room for watering down their sensibility. Made Possible continues to live up to that dual tradition.

7. Bill McHenry: La Peur du Vide (Sunnyside)
Bill McHenry is one of those 40 year-old guys who seems to have arrived all of a sudden, even thought that’s unfair. Certainly his new disc, La Peur du Vide is a perfect balance of modern tradition and daring adventure.

8. Brad Meldau: Ode (Nonesuch)
Ode is a more traditional jazz record than Day Is Done, the previous record by this working trio. It features concise themes and long improvisations, with brilliant rhythmic play running throughout the trio’s incredible dialogue.

9. Matt Wilson's Arts and Crafts: An Attitude for Gratitude (Palmetto)
If there is one true “grower” on this list, it is An Attitude for Gratitude, a record that offers so much and with so little apparent effort that it was maybe easy to take for granted on first listen. Two brilliant standouts are a trio take on Paul Simon’s “Bridge Over Troubled Water” (Gary Versace on piano, along with the leader’s loose drumming and bassist Martin Wind) and then a melancholy “Happy Days are Here Again”.

10. Linda Oh: Initial Here (Greenleaf)
Linda Oh is currently the bassist in Dave Douglas’s quintet, and her second solo album is one of the year’s treats.