INTERVIEW: Swing Guitarist John Pizzarelli Really Does Have the World on a String 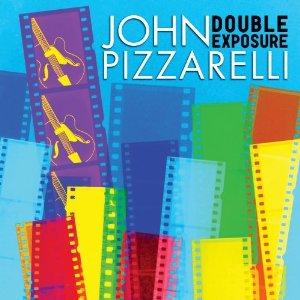 Last month I got the chance to interview the brilliant John Pizzarelli, singer and seven-string jazz guitarist. He just wrote a memoir that is by turns hilarious and insightful.

Read the entire interview here: Swing Guitarist John Pizzarelli Really Does Have the World on a String

You embody some seeming contradictions: you are a relatively young guy playing the music of a previous generation; you are a really funny and entertaining guy who plays jazz; your present yourself as both very elegant—the suits, the vintage vibe—yet you embody the state of New Jersey. How did all that come together?

All the ingredients come from different places. I got interested early on in the idea of presenting my music a certain way. Around 1984-1986, I saw Billy Joel, Bruce Springsteen, and Frank Sinatra all in New Jersey. Their presentations were so interesting. I loved all the stuff that happened between the songs. Billy Joel had incredible pacing: three quick songs, then he sat and talked, then he went off and did something else.

I had made my second record around that time, and I was trying to apply these ideas of presentation in playing duos with Bucky [Pizzarelli’s dad] and then even more as I got my trio together for touring. I didn’t know half of what Springsteen played, but it was a hell of a concert because I couldn’t wait to hear what was next. I thought, This is something that applies to any kind of music. 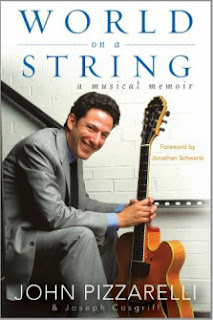 The suits came from the idea I had from way back that when you go to work you put on a jacket and tie. I still can’t stand the idea that somebody would go on television to report the news without a tie. If you’re going to tell me that somebody got blown up, what, you were too lazy to put on a tie? In my band, we wear a suit and tie. We want to express that we care about what we do. We take it seriously.

You wear suits, but you also tell a lot of jokes, you do voices, you kind of undercut any pretentiousness that might arise.

Maybe that’s confusing to some people. But I’ve never been afraid to say that if you’re going to come to my shows, you’re going to have a good time. The jazz is going to be at the highest level that we can put it at. But I also think we’re as entertaining as anybody. There are non-jazz listeners in the audience. Why get up there and say [pretentious and flat voice]: “And now a performance of ‘Honeysuckle Rose’.”

I was as much a fan of Bill Cosby and George Carlin and everyone I saw as a kid on Carson’s Tonight Show as I was of music. I got just as much of an education watching those guys as did watching Zoot Simms play. I just like the ingredients of all of that in one big soup. I enjoy doing it all and want to put it together.


READ MORE: Swing Guitarist John Pizzarelli Really Does Have the World on a String