As I said in my first installment in this series, the 1970s was no easy time to become a jazz fan.  The '60s avant garde had made the leading edge of the music forbidding, and venues for the music (not to mention vital fathers of the music like Duke and Pops) were dying out.  How as an interested teenager supposed to find a hook into this great tradition?

Happily, as I said in Part One, I had WRVR to hep me to what was great from the past.  But as the '70s progressed, RVR wanted to make money and played plenty of what it hoped was hipper, hookier jazz.  Eventually, that would mean that they played the beginnings of "smooth jazz," but for a long time RVR's bread and butter was the down home soul jazz that thrived in the '60s and, yup, the '70s.

Especially the Les McCann/Eddie Harris recording of "Compared to What."

In 1969, Les McCann was soul-jazz pianist with a history of solid releases on Pacific Jazz and Limelight who had must moved over to Atlantic Records.  Arguably in the line that produced Ray Charles, McCann had recorded with both the Gerald Wilson Jazz Orchestra and the Jazz Crusaders.  Steeped in gospel groove, his piano sound could move you, literally.  That year he appeared at the Montreux Jazz Festival with Eddie Harris on saxophone and Benny Bailey on trumpet, and Atlantic recorded the show for a live album, Swiss Movement.

In the US, the Vietnam was was raging, Nixon was in office, and cities were burning.  So it should be no surprise that McCann chose to play the Eugene McDaniels song "Compared to What," which had first been recorded as the first track of Roberta Flack's debut First Take, released earlier in '69.  (Check out Mark Anthony Neal's sweet essay on the tune HERE.)  "Compared to What" was a full-on critique of US culture—the war, racism, the complacency of the comfortable majority, materialism, you name it—all in five succinct and poetic verses.  McCann contributed not only a grooving piano sound but his gruff-n-ready vocal style which expressed outrage and sarcasm in equal measure.  The song, once released by Atlantic, became a kind of hit.  And a hit with legs, because I heard it on the NY jazz station every week or so for all my years in high school.

Here's why I loved it and why "Compared to What" is great. 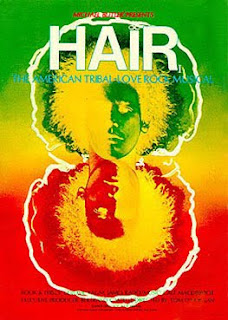 Before you hear a bit of singing or lyric, the tune has you—and it has you with a certain biting content.  The bass line is rock solid, the drummer Donald Dean is slamming out a cowbell groove, the whole thing is dripping with funk, and then McCann plays the melody to "Aquarius," the hit song from the hippie musical Hair that was then playing on Broadway.  Hair was against the war too, of course, but that music—so limp and airy compared to what I would come to love about jazz—hardly had the bite of what McCann was about to sing.  Also, on a purely musical level, McCann shifts his trio through several modes, rather than a set of heavy chord changes.  In it's own way, "Compared to What" in this version brings to the ear just a little bit of Kind of Blue and Coltrane's "Impressions."

Then you get the soul content of the tenor playing by Eddie Harris.  Harris keeps his playing here simple and blues-grounded.  He and trumpeter Bailey had not rehearsed for the date, didn't really know the tunes, but Harris uses a couple of simple soul band tricks that form the tune: certain repetitions of licks, octave leaps, sudden cries in the altissimo range, punctuating honks down low—just the kind of stuff you would hear in a James Brown horn section.  It's two minutes before the actual "song" begins.

McCann's singing is natural and easy, even as it's emphatic.  He has a bit of the smooth delivery of Nat Cole (Brother Ray's primary influence early on), but then he brings some urgency in his upper range, a dose of rasp, and the sweet sideburns he's sporting don't hurt either.  The whole thing feels like the definition of COOL.  As he sits at the piano, easy and loose, he delivers the scathing lyrics ("Unreal values, crass distortion / Unwed mothers need abortion") but he does it was slight layer of distance—a hip commentator more than an angry guy.  A smart guy with a gospel right hand and a great band.

When I used to hear this tune on the radio in my comfortable suburban bedroom, I felt like I was someone else.  I would move a little, pretend I could play the piano this way, mouth the lyrics even as they got me thinking, and I'd wait for the trumpet solo.  McCann is singing "We're chicken feathers all without one nut, goddamn it, trying to make it real compare to what!  Sock it to me!"  I knew the phrase "sock it to me" as a cheap punchline on the show Laugh-In (then on the air and at the height of its buzz), but McCann says it here differently, meaning it.  And then Benny Bailey enters with a Don't-Hold-Me-Back trumpet solo: smeared notes, half-valving, crazy growls, a few high-note punctuations.  Just 16 bars, but it seemed to me like it was worth the whole history of jazz at the time because it shouted out something . . . real.  Here was jazz expressing killer feeling in a way that anyone would understand.

There was plenty of other soul-jazz in this vein in the '60s and '70s, but "Compared to What" was a little different because it connected with such force to the actual culture, to what it meant to be American at that Watergate-stained moment when I was listening to it.  This music I was coming to love was more than a nerdy obsession for a kid who like music.  It mattered.

Next Installment in the Series:  The (Jazz) Crusaders and Grover Washington—Pre-Smooth Jazz
Posted by Will Layman at 8:02 AM