Bassist Stephan Crump, from Pop to Avant-Garde and Back Again

I’ve written before about the singer Jen Chapin, whose style and approach is a perfect example of how “jazz” and “pop” remain in a beautiful dialogue even though Chapin doesn’t sing jazz standards or otherwise hold herself as a “jazz” artist. (“Playing Pop in the Jazz/Soul Shadow”)

Aside from being a fine songwriter and outstanding pop singer, Chapin (the daughter of Harry Chapin, yup) is also married to Stephan Crump, the stylistically catholic jazz bass player. Chapin most commonly performs with Crump—along with guitarists Jamie Fox and Liberty Ellman, which group is otherwise known as Crump’s Rosetta Trio. But Crump is best known as a member of Vijay Iyer’s brilliant jazz trio and for other jazz playing that strays wildly beyond the conventional.

All this is on my mind because Chapin has an irresistible new recording, Reckoning, featuring Crump, Fox, and Ellman as well as a few other folks. It’s yet another example of how smart, contemporary pop can still be soulful and laced with jazz feeling without being “jazz”. And the Rosetta Trio also has a lovely new disc, Thwirl, a stunning essay in chamber jazz that moves from delicate to earthy. And Crump has a new duet recording with guitarist Mary Halvorson called Super Eight that is equally wondrous but that sits at the edge of jazz that is opposite from pop music: fully improvised music without hooks, verse/chorus structure, or anything resembling pop appeal.

All three of these recordings are outstanding. Central to all three is a jazz musician whose refusal to honor boundaries is a badge of honor. Arguably it’s what’s best about today’s jazz musician. 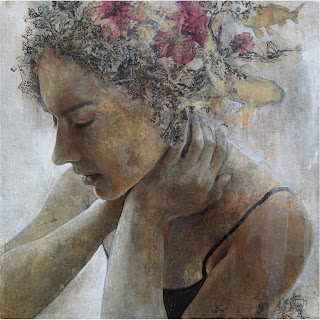 The first sound you hear on the new, terrific, Chapin record is that of Crump’s bass playing a singing groove along with finger snaps and a syncopated drum pattern. The hip rise and fall of the bass melody is a perfect counterpoint to Chapin’s soulful and bluesy verse melody. It’s no surprise, then, that Chapin and Crump have recorded together as just a duet act.

But the appeal of “It’s All Right” goes beyond these two strongest elements. There are Chapin’s words, which provide telling details of difficult life being shared by a couple that is, still, resolved to make it. And it’s all wrapped in a concise arrangement by Crump—a few tastefully deployed strings, sprinkles of percussion, precise interplay between the guitars of Fox and Ellman. The lift of the strings on the chorus isn’t sugary but poignant. It’s wonderful storytelling that works because all the elements work together.

For me, “Let It Show” (a joyful piece of advice for a child, previously recorded by Chapin but not this well) ought to be a hit song—hooky, thrilling, beautiful. And it’s recorded and arranged with perfection: starting with simply strummed acoustic guitar, then layering in bass, guitars, Farfisa organ and Wurlitzer electric piano, even a little touch of glockenspiel. The following song, “Don’t Talk” is equally snappy—a faux reggae song that uses touches of clavinet, a brief little flute line and even a very brief bass “solo” for Crump that appears twice and naturally in the arrangement. That Chapin folds in a sumptuous release that eases of the reggae backbeat and evens out alike a ballad for a half-minute is just gravy.

Not everything on Reckoning is pure pop pleasure, though. “Spare Love (Not Fair)” begins with a duel guitar line that winds in an arcing shape before Chapin joins in counterpoint, all before the band groove sets in. It’s hard not to hear a tune like this as harking back to the kind of complex arrangements that bands like Steely Dan made standard in the ‘70s but that may be out of style in the “indie” atmosphere of the 21st century. But Chapin and Crump aren’t afraid to lay in some harp on this tune. And it works.

The closer on this ambitious record is called “Gospel”, a song that imagines a better world being possible. Again, the arrangement builds from simplicity (an off-center drum and bass groove that allows Chapin to sing a simple blues melody) to great complexity, with a significant harmonized chorus, a piece of spoken-word recitation, Hammond organ and celeste, and then a sensuous trumpet solo from Ambrose Akinmusire on the long out-chorus.

And those are just some of the stand-out tunes on Reckoning—a pop record that means to be, and is, much more than just some catchy licks and some passion. In fact, if you listen without enough attention on the first pass, Chapin’s work might seem “merely” pleasant. But just a little care and attention to the lyrics and arrangements suggests that Crump and Chapin have created a surefire gem: the kind of carefully-crafted and sophisticated pop that used to be associated with Paul Simon. Yeah, it’s that good.

So, a jazz bass player is making brilliant pop records—like Jaco Pastorius used to to with Joni Mitchell. But is his own jazz playing much to hear?

It very much is.

The heart of Chapin’s band on Reckoning is actually Crump’s band. Or, rather, one of his bands. Crump’s acoustic bass along with guitarists Jamie Fox and Liberty Ellman make up The Rosetta Trio. As the heart of a group playing a jazzy pop for Chapin, these guys bring elegance and groove to songs that might have been played without soul. In two earlier records, this band has created an identity as an instrumental jazz trio that deserves a wider hearing.

Thwirl is the trio’s new record (out in September), and I think it is their best—impressionistic at times, but also soulful and singing, interlocking like a beautiful puzzle and also playful and witty. Crump play several different roles in this band—groovemaker on a playful 5/4 tune like “He Runs Circles” or a loping slow soul exercise like “Still Stolid”; primarily melodist on something like “Conversate (Talking-Wise)” or arco balladmaster on start of “Ending” or on the hypnotic middle section of “Whiteout”; or free improvising master on “Palimpsestic”, which begins as a pointilistic exploration and builds into a funky set melody that is irresistible.

Crump’s bandmates here are complimentary—almost to a fault but somewhat surprisingly. Ellman is known for his work in Henry Threadgill’s Zooid band and his association with Vijay Iyer, Rudresh Mahanthappa, and Steve Lehman. Fox’s resume sets him up as a much more conventional player—he was lead guitarist for Blood, Seat & Tears and played with Joan Baez, organist Brother Jack McDuff, and Dr. John. But as bandmates, Fox and Ellman weave a brilliant and seamless cloth of chords, melodies, effects, and textures. I don’t find it easy to tell them apart. The title track, for example, is a polyrhythmic workout, with the guitarists plucking in a percussive maze that evolves into a circular melody that trades from one player to the other. It’s a joy to hear the interplay and selflessness as one statement leads to another.

All the tunes but one were written by Crump, and they show a stylistic diversity that is the equal of, say, bassist Dave Holland. In fact, Holland is the player who might be Crump’s artistic predecessor: someone just as home playing melodically, playing in a pop frame, or roaming free with little harmonic structure. Both have a pungent sound, rich in bottom while still capable of rising up to grab the music’s spotlight.

Thwirl is a truly satisfying record because, like so much of Holland’s work, it is catchy and appealing without ever seeming like it has “sold out” to ease or simplicity. That is to say: though it is perfectly “serious” jazz, it isn’t afraid to appeal a listener’s sense of pop pleasure. Which makes sense if you know that Crump is also a key force in Chapin’s sound.

But, it turns out, he can cut loose, wildly loose, too.

Crump’s duet project with guitarist Halvorson is called “Secret Keeper”, which is a wonderfully suggestive title for a collaboration that is intimate, revealing, and cagey all at once.

Read the entirety of the column here: Bassist Stephan Crump, from Pop to Avant-Garde and Back Again
Posted by Will Layman at 6:45 PM