Matthew Shipp caught ears when he was playing with saxophonist David S. Ware and bassist William Parker, but it soon became clear that this pianist—who will turn 53 this year—was wholly his own man. He formed a great trio, he became the curator of a recording series, he experimented with electronics, he dove back into jazz standards and he developed into a wholly original player in the solo piano history of jazz. He is one of the few jazz musicians of the new millennium to generate ink suggesting that jazz was developing an appeal among rock fans. 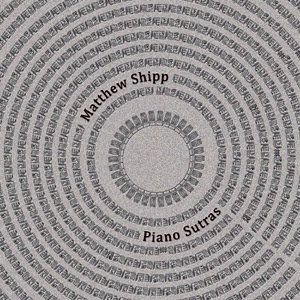 What do you want this guy to do next?

Rumors that he might retire turned out to be false. And, in fact, his latest release—a stunning solo piano recital—may just be a classic, the kind of record we talk about and play for each other decades later. Piano Sutras is a glorious, generous, fully mature expression of creativity that could only have come from one artist. It is as good and adventurous as jazz is going to sound in 2013.

These 13 tracks (two, “Giant Steps” and “Nefertiti”, were not written by Shipp) are relatively brief and focused pianistic essays. They cover a wide stylistic range, but each is driven by a logic or strong sense of sequence. They don’t typically sound like standard jazz—there no “tune”, variations on the tune, return to the tune sequence—but neither are they “free jazz” in any meaningful sense. Shipp, in this collection, has refined a style that allows composition and improvisation to work seamlessly as partners, seemingly indistinguishable. Could this be some kind of “modern classical music”? I guess so, except that Shipp remains a jazz player at his core: emphasizing the surging rhythms and blues sensibility that remain the core of great original American music, whatever name you want to give it.

“Cosmic Shuffle” is not alone in Shipp’s recent music in being driven by a core swing rhythm, his left hand “walking” like an upright bass in places but never restricted to that feeling. The whole piece is as swung as hard any Count Basie performance, but it swings beyond the usual rules of structure and convention, taking detours into moments of contemplation before heading back into free-wheeling call-and-response patterns that would make Jimmie Lunceford smile. Or check out (the related?) “Cosmic Dust”, which uses surges and shifts in tempo every few bars to create a feeling of manic momentum. The daring squiggles—what a previous generation might have called licks or riffs—that he generates in these tunes seems free of cliché but also tonal within his own system. That is, “Cosmic Dust” is really as accessible to the untutored ear as a solo by, say, Chick Corea, as long as you’re not looking for the usual Tin Pan Alley harmonic patterns that jazz piano relied on until Cecil Taylor and other like-minded pianists declared otherwise. Shipp works that vein with a sense of structured classicism.

Some of this work has a dramatic foreboding. “Uncreated Light” begins with alternation between dark low clusters and pretty high chords. Shipp lets his left-hand figures ring with overtones, the sustain suggesting music beyond what you can hear. A spiraling theme then emerges in his delicate right hand between the thunderous statements from below. It’s easy to imagine this music accompanying a scene of danger imposing on innocence from a suspense movie, perhaps.

Other songs here are as light as air. “Angelic Brain Cell” is like a post-modern minuet—a light dance piece that flitters and skips and suggests the spark of movement and intelligence in every note. Patterns of repetition arise and vanish, Licks turn into variation, unison lines grow quickly out of phase and then transform into counterpoint. It is an astonishing, ingenious performance.

Read the entire review here: Matthew Shipp: Piano Sutras
Posted by Will Layman at 4:42 AM