On Tuesday, 20 August 2013, we lost pianist and radio host Marian McPartland. Marian (as everyone called her during her more than four decades in radio) was the best ambassador and educator in jazz history. The music will miss her more than it knows. 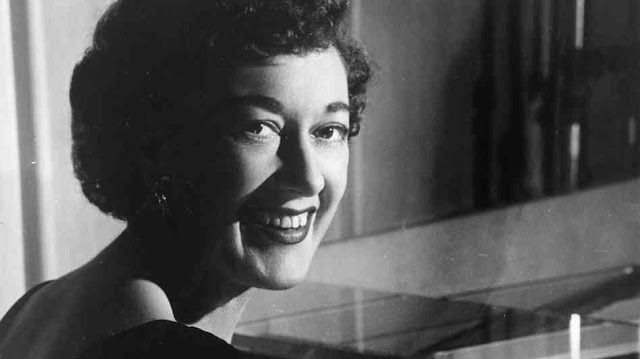 Radio has been critically important to jazz. All contemporary music, prior to the last ten years or so, has had radio to thank for the way that folks discovered its joys. Jazz, pop, rock ‘n’ roll, soul. For jazz, however, radio was particularly important. During radio’s pre-television heyday, jazz was the star, with Benny Goodman and Duke Ellington among many others surging to public consciousness from dance halls all across the US and into living rooms and parties.

Later, urban jazz DJs promoted and ushered in new jazz styles—most notably bebop, which ascended significantly based on the support of folks like Symphony Sid or Mort Fega. And when jazz became harder to discover in the pop culture landscape of the ‘60s and ‘70s, the word still spread through great jazz stations on public radio in New York, in Chicago, on the West Coast, all over.

Starting in 1964, Pacifica Radio’s WBAI in New York started letting a British jazz pianist from Great Britain—the 46 year-old Marian McPartland—interview guest musicians on the air. In 1978, Marion started the show on National Public Radio that would make her more famous than her own music: Marian McPartland’s Piano Jazz. She kept recording episodes well into 2010, when she was 92 years old.

The effect of this incredible body of work—hundreds of episodes with rare repeat guests—is tough to explain or calculate. But the magic of radio is the thing. When you listened to Piano Jazz, you felt that you were in a room with two real, regular folks—Marian and her guest—who just happened to be talking about one of the most elusive things that exists in the arts: that quicksilver known as jazz improvisation. Because it was radio, you could imagine sitting three feet away from these two folks, maybe sharing the edge of a piano bench with Chick Corea or Ray Charles. You were in on the secrets. It was full-on intimacy.

There was never a radio show that made you feel closer to the divine than this one.

Read the entire column here: Later, Marian McPartland
Posted by Will Layman at 3:19 AM